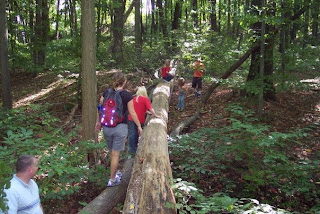 
I imagine that many of us, when we become parents, think, I am going to teach this child how to be in the world, how to live right and be successful. I doubt many of us think, I am going to show this child of mine what it looks like to fall down, to apologize, to make a mistake. Yet, I am discovering that this second aspect of living, the falling down, is just as important, if not more so, to a child trying to make their way in the world. Watching Cutter, I see that he has no difficulty doing what he loves, celebrating his successes, be that rollerskating or swimming or video games. It is in his struggles, his challenges, where I see space for my living to offer guidance.

The first time this really came to my attention is after I told my Gramma that I'd illustrate a children's story she'd written for all of her grandchildren. I've always loved drawing, but hadn't really given it any space in my life for a long time, not since high school. I recall thinking that if what came out of my brain through my pencil wasn't automatically perfect, well then, I was not meant to draw. So it was with excitement and a tinge of doubt that I found myself at the kitchen table post-holidays with a veritable treasure trove spread before me: drawing books, a new sketchpad, charcoals, pens. As I began drawing, Cutter pulled out his own treasures: How to Draw Aliens and Monsters, a #2 pencil, tracing paper. He watched as I bit my lip, drew a line, erased, occasionally cursed, made notes of what needed to be different. I asked his opinion frequently. When he said a particular drawing looked like an alien, I drew antennae on the man's head and we laughed at the strange being I had created. And we both kept drawing.

After this time, I remembered back to Cutter's first (and only) time trying to snowboard. He stood on the board, fell off and announced it was much harder than he thought it would be and that he couldn't do it. I recall that we continued with sledding and had a fun time, but I also remember having thought to myself that he should try harder, that of course it wasn't easy and of course he didn't start out perfect. After our time drawing, I remembered back to that time on the snowy hill, and recognized myself in Cutter. I think sometimes it can be scary to go out on a limb and try something again at which you fear you aren't "good enough." Especially, I think, for children, who see adults everywhere seemingly competent in everything, from hair brushing (I actually realized a few months ago that I needed to ask Cutter if he knew how to brush his hair; he didn't) to cooking to reading, to claiming to know everything, to ruling the world.

The latest adventure that we've embarked upon has been roller skating. Cutter chose to learn roller skating from his own body's movements, without instruction from anyone. He has his own unique way of moving around the floor and in the past two months, he has become a skilled skater. My body has slowly recalled the ways of its youth, how to cross over on the curves, how to pick up one leg to avoid a downed skater, but there are many aspects of skating at which I am currently unskilled; jumping with both feet, for one; skating backwards, for another. So I throw self-consciousness to the wind and I try. I ask kids to show me their moves. I practice and I bump into walls. I fall down. Through it all, Cutter is doing his own thing, but he is also watching me: watching me laugh, watching me ask for help, watching me enjoy the entire process.

Just last week, we were skating and I fell down on one knee. Later, I said to Cutter that I had fallen. He said, "Yeah, I know, I saw you." I told him that I yelled when I fell. He said, "Yeah, I know. I heard you, too." I'm learning to not be bashful about looking foolish, imperfect, ever learning; I am indeed all those things, and every time I fall down, I can't help but think that my child learns something about how to get back up again.
Posted by Jen at 9:22 AM