The Medium of Instruction, or what was Media-free Week 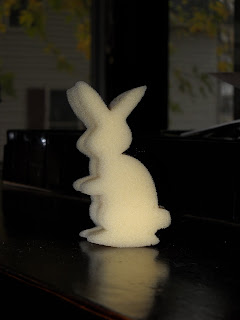 Several people with whom I spoke about our media-free week assumed it was a top-down decree, that We the Parents, ordered it so. Allow me to clear that up by sharing what really went down:

On November 2nd, The Boy and I were pedaling our bikes like mad to find the church where I was to cast my votes on election day. Attempting some fancier version of bike riding than I aspire to, The Boy leapt up and then noted that his wrist was causing him some amount of pain. I asked if perhaps he'd like to take some time off from video games. He said that actually he'd been meaning to ask if we could have a media-free week. That's it, word for word. "Actually I've been meaning to ask if we could have a media-free week." He's ten. He doesn't go to school and he has no homework. He's not had an arbitrary media limit on his waking hours for years. He loves video games and anime and Legos. And sword battles with friends and basketball and fluorescent orange cheese-flavored crackers. He asked for a media-free week.

I reiterate that because one of the concerns I've heard expressed around radical unschooling is how a child will ever learn self control if they are allowed to eat/sleep/watch when they want, which goes along with the idea that if you let a child follow their interests they will go berserk (especially around media) and watch t.v./play video games 24 hours a day. I would point out that many of the folks expressing these concerns and fears are thinking about schooled kids. For many schooled kids, it may seem that they have an insatiable desire to play video games or watch t.v., but the desire's only insatiable because schooled children have so little time and so little control in which to meet their interests outside of school. Off my soapbox.

So, we began our media-free week Wednesday. The Esquire and I both knew we didn't have to go along with the week, that we could have continued to do our own things, and in a way, I did. I continued to check my e-mail, I simply made sure to do so when The Boy was sleeping so I could support his media-free journey. Wednesday was a fun day, full of drink concocting, Lego play, magic tricks, sword fighting and friends, among other things. Friday, I picked The Boy up after a sleepover with two other ten year old boys. Telling me about playing twenty minutes of Little Big Planet (a thoroughly brilliant game), he hit his head in frustration and guilt. I asked him to remember with me why he wanted to do the media-free week, that it was to allow his wrist to heal from the pain he was feeling, not to inspire feelings of guilt and inadequacy around an arbitrary rule. He decided he'd like to continue the break from video games, but wanted to resume television and movie media. Since then, he's played a bit on his X-box 360 today, but continues to keep an eye on how his wrist feels. It is a constant conversation around what works and doesn't.

What is really amazing to me is that he is a ten-year-old boy who is aware of his body, who notes its pain and takes steps to adjust for healing. I know many adults, sometimes myself included, that eat, work and go go go beyond what their bodies are telling them to do, who ignore fullness and pain until medical interventions are necessary. Just yesterday, his dad announced neck pain, which The Boy suggested was due to smartphone use and the constant looking down it requires. It made sense - and what made more sense is that we took his suggestion seriously because we have just as much to learn from him as he does from us and we all benefit from the lack of arbitrary rules, from the continuous conversation.

For my own media-free part, I laughed when one friend asked if I was having detox tremors and in a way, that first day, I was. I wanted to constantly check facebook. Media is far more an issue for me than for The Boy. It's something I allow myself to be distracted by when trying to meet my goals, say writing. It was a good break for me to reevaluate how I use media in my day-to-day and reflect on how my own interactions with media affect how I view The Boy's interactions. And now back to our regularly scheduled programming.
Posted by Jen at 2:21 PM