In two days, the three of us will be leaving for the Catskills of New York, where we will gather with 50 or so other radically unschooling families at the We Shine with Unschooling Conference. I've held many images of the past conferences in my heart, so many amazing interactions with kind and respectful parents, with children full of joy and trust.

Which is why the following image sticks so harshly in my mind, why I've been meaning to write about it for a year now. It is only after the last year of studying attachment theory and parenting education that I have a fuller grasp of what bothered me so much about the following scene.

The conference is primarily made up of radically unschooling families; however, the occasional family on a weekend break is found in the We Shine mix. Such a family was lounging in the pool area at the same time as me.  The mom walked into the pool with a clearly terrified 3 year old on her hip. The child continued to scream and sob, tears flowing, asking to get out, as mom talked to her adult friend, telling the friend how the daughter needed to just get over it, had to learn to get used to the water. In between words with her friend, the mom attempted to soothe the daughter, saying, "You're okay. It's okay. You're fine. You're safe." The girl never calmed and the two, after some time, left the water. 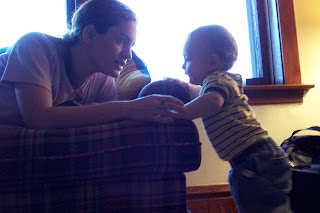 In attachment theory, the parent or primary caregiver makes up the child's first relationship, their secure base. This relationship, when positive, is formed through the parent's sensitivity to the child's cues, the facial expressions and sounds; as well as through mirroring, during which the parent mirrors the child's facial expressions and emotions, leading to a child who can better recognize their own emotional state and self-regulate. Having a parent as a secure base allows for a much more independent child, one who is willing to explore and expand their experiences precisely because they have a secure base to return to when done. 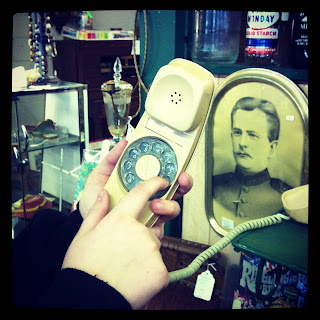 I don't doubt that the mother in the pool thought that she was teaching her daughter something mother thought daughter needed to know, but at what cost? What are we saying to our children when they express fear and distress and we say, "You're fine, you're okay"? What are they learning when they feel they are in danger and the person they should be able to trust most in the world tells them to ignore that feeling? What sort of disconnect are we setting our children up for? When that girl is fifteen and in an abusive relationship, might she have difficulty recognizing those signs of fear because she has learned not to trust, or recognize, her own emotions? I know that I've taken the example to an extreme, but that is because I feel it is so very important to allow our children to listen to their bodies, to respect their emotional responses, even when a parent sees no reason for concern or alarm.

It was Cutter who has taught me the most about this, who continues to teach me that he is not me, nor I him. He has very specific likes and dislikes in regard to his body. He does not like lotion, though the sensation of dry skin drives me crazy. If he has a headache, he'll have nothing to do with tylenol or ibuprofen, and instead prefers to drink a glass of water, put a pillow over his head and take a nap. When his muscles are sore from exertion, he chooses to take a day off, but avoids the hot epsom bath I so favor. He avoids scents and likes going barefoot (like me) and rarely wears a coat, though many an old woman in grocery stores have chastised him and me both.

It hasn't always been easy, but I have respected his needs for his body, while continuing to give him information. And this week, as we ready for our annual Shine trip, he has a cold coming on. I've let him know about dietary changes he can make, natural remedies I can offer, how sleep helps the body heal. I'm not particularly attached to any of those paths. If it were me, I'd be downing raw garlic and honey, astragalus and bone broth - but that's my body. He has requested clementines, is drinking lots of homemade lemonade, and has chosen to take zinc. I know that if I'd have pushed any of this on him, it would've damaged his relationship with his body and my relationship with him. Instead, I'm still his secure base, at the age of almost 13. He's away from me, from home, for large swaths of time, but he still checks in, asks how to cook things, if he can take lemonade and zinc at the same time, what time I need him awake to help with the dog so he knows when he needs to go to sleep - and he trusts my responses because he's free to take them or leave them, both of which he does, because  it's not a power struggle. 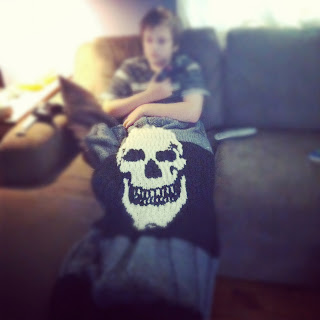 Home base is a pretty sweet place to be.

Posted by Jen Armstrong at 9:59 PM